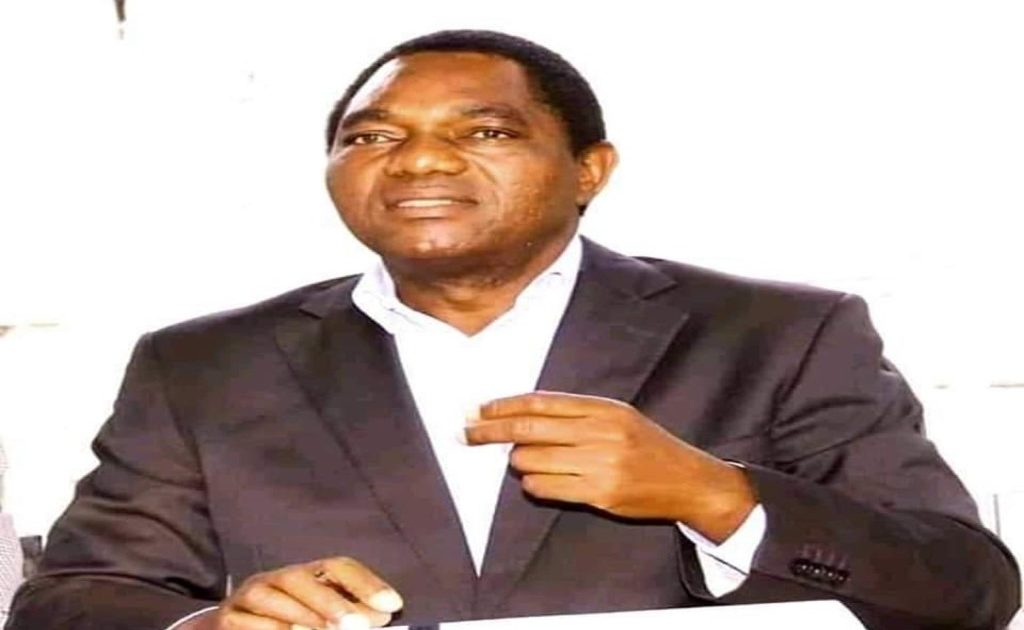 UNITED Party for National Development (UPND) president Hakainde Hichilema has offered himself to provide his advisory role in restructuring the country’s debt at no cost.

Mr. Hichilema has advised Government to give the youths and women the US $5 million it wants to spend on French company, Lazard Freres, which it has hired to do the job.

Secretary to the Treasury Fredson Yamba on Wednesday confirmed that Government has picked Lazard Freres, to provide advisory services regarding liability management for its debt portfolio.

But Mr. Hichilema is opposed to the idea of Government spending more money from an already strained treasury to pay for a service which could be sourced locally and has offered himself to do it at no cost.

Read his full statement below:

Give the $5 million to the youth and women empowerment programmes, we can restructure the debt for free.

As stakeholders in the Zambian economy, our offer for free advice to the PF government on debt management and other economic management issues still stands. Our free consultation will save our meager resources.

It is not prudent and morally right to seek $2.5 million from ‘foreign investors’ to invest in mining our gold resources and, at the same time, pay a foreign firm $5.0 million for advice that could be freely obtained.

Our advice to PF since 2012 on issues of debt has been as follows:

(iii) The sinking fund set for debt repayment needs to be adequately funded. We have also called on the Ministry of Finance to reign in commitments by line ministries that are not aligned with fiscal consolidation and undermine any efforts to attain internal coherency in debt management. Unfortunately, PF’s usual response was that there’s no need to worry about the government’s debt load, and the UPND are just bitter.

Like they say, you cannot manage an economy through propaganda or rigging. WE KNOW WE WERE RIGHT. Our first 10-year Eurobond was issued with a 5.625 percent yield in 2012, and nine years later, the yield has increased to over 50 percent. What this means is that our Eurobond is JUNK.

We have failed to inspire confidence among bondholders, who have now priced in an increased likelihood of a sovereign default. The seriousness of the situation has been confirmed by PF’s intensions to pay Lazard Freres to give them advice they have been receiving since 2012 from ourselves and others.

Our advice to PF is as follows:

As the country seeks to change the maturity dates, reduce the principal amount of debt (mostly on bilateral debt) and reduce the interest rate on the debt (coupon adjustment on the Eurobond) or MERELY PUT RESTRUCTURE OUR DEBT.

A successful debt restructuring exercise that is rapidly executed and provides enough debt relief is contingent on taking steps to immediately restore debt sustainability and rebuild the collapsed economy.

This will create confidence among creditors and, more importantly, the citizens, who are the principal builders of the Zambian economy, and ultimately have to repay this debt load in one form or another.

Further, any debt restructuring must be underwritten by the strong political will to stay the course and implement a sound economic program as a guarantee that the exercise will be of mutual benefit to both borrowers and lenders in the longer term.

We are confident that several of our official bilateral creditors and some private lenders in the Institute of International Finance would be amenable to engage under such guarantees.

Our high-level advice is that with immediate effect, strengthen oversight and overall framework for debt procurement, monitoring, and reporting. The changes in Bill 10, to weaken the oversight role of Parliament, do not help in these matters.

For now, the role of the Minister of Finance in debt procurement, we will leave it as the issue is in court. On the overall framework, all the contracts that you signed must become public knowledge – transparency and accountability are a hallmark of good governance, which is crucial to rebuilding the economy and getting the confidence of your creditors.

Fully disclosing our borrowings will qualify Zambia for the suspension of debt service offered by G20 countries and other forms of external assistance that would improve cashflows for a robust COVID-19 response and economic recovery.

Debt procurement on non-concessional terms or market rates must stop. You cannot have a situation where on paper, the government commits to have stopped contracting new loans, while some Ministers are busy procuring debt.

Again, we stress that the Ministry of Finance must reign in such behavior. This not only undermines the credibility of the overall system but also confirms the lack of overall leadership in coordinating matters of the economy.

In rebuilding the economy, we can engage fully, and we shall provide the advice we have been giving you the last nine years. We have one Zambia and no other country to run to. Together we can.

Hence give the $5 million to the youth and women empowerment programmes, we can restructure the debt for the benefit of our citizens for free. 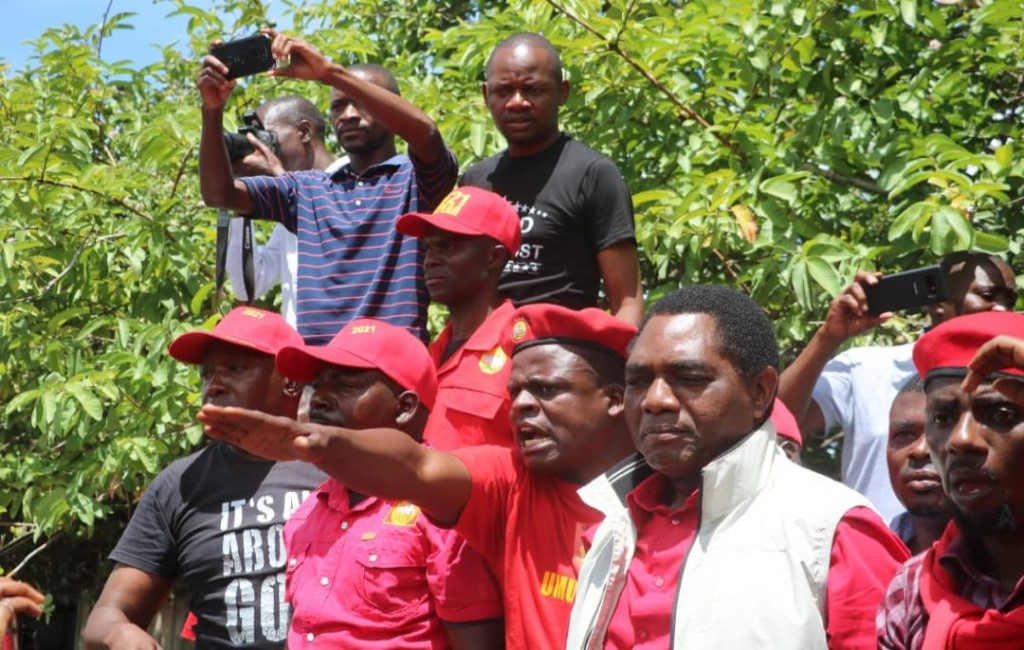 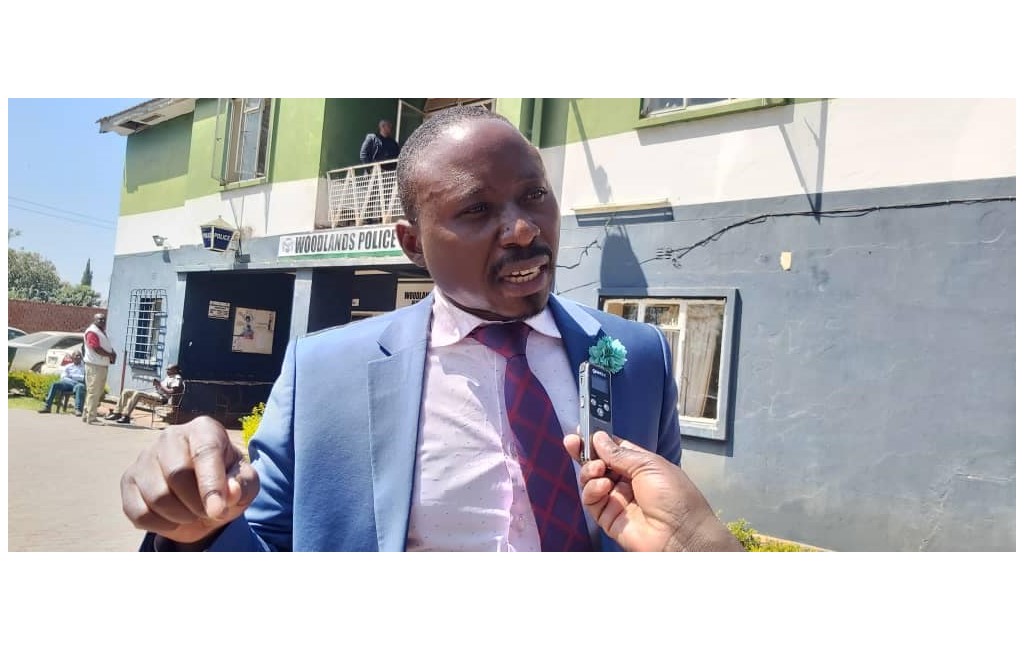